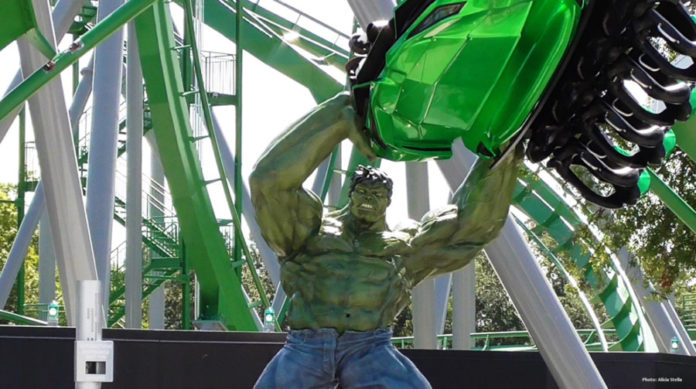 Air Charter Service (ACS) has been very busy arranging flights following hurricanes across the Caribbean, but it still receives unusual requests such as bringing the Hulk new arms.

Hurricane Irma managed to rip off the incredible Hulk’s arms at Universal Orlando for The Incredible Hulk Coaster.

This is one of the most popular rides so it was essential for it to reopen as soon as possible, so ACS chartered an aircraft from Milwaukee where the arms could be manufactured, to Orlando.

It sourced a Falcon 20 aircraft to carry the two crates that were almost two metres long and weighed 180 kilogrammes each.

ACS Americas president, Richard Thompson says: “We had evacuated hundreds of people prior to Hurricane Irma hitting, and have arranged many relief flights with goods such as shelter kits, water bottles and ration packs for the victims left homeless by it since, but this charter was a little different.”

“At Universal Orlando one of the most popular rides is The Incredible Hulk Coaster. At the entrance to the ride there is a huge statue of Hulk holding one of the rollercoaster’s cars aloft – the arms of which, Hurricane Irma managed to rip off.”

He comments: “We often get weird and wonderful charter requests, but not usually in the wake of a disaster, such as a hurricane!”