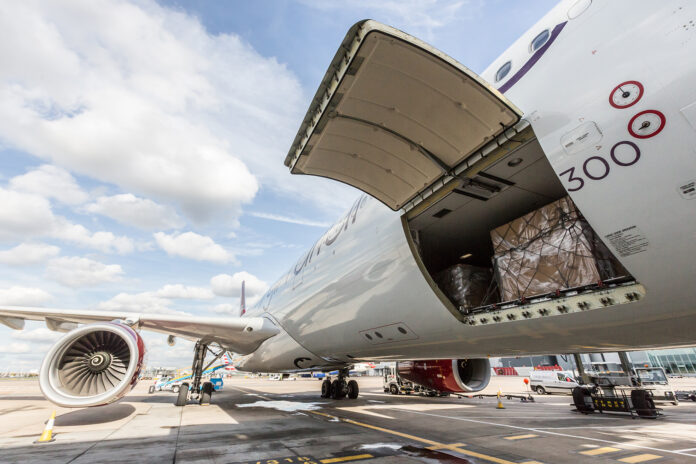 Delivering $6.8 trillion worth of goods annually, Virgin Atlantic Cargo is one of the leading players in the global air cargo industry, moving products and fresh produce every single day to businesses and consumers around the world. Offering a range of services, including for general goods, priority items and sensitive cargo, the airline looks to move everything from machinery parts to dangerous goods and personal effects to pharmaceutical items.

Virgin Atlantic Cargo expanded its all-cargo network with freighter operations to Billund Airport earlier this year, using an Airbus A321F operated by Titan Airways to run a service three times per week from the Danish site to Heathrow Airport. The move came amid strong cargo demand, with the flights, offering 28 tonnes of capacity available each flight, initially being launched on 3rd August, aiming to cater for goods that was being moved by trucks from Scandinavia.

At the time, Virgin Atlantic Cargo stated that the expansion was aimed at supporting “the airport’s ambition to grow its airfreight business and establish the cargo industry at Billund.” However, only a few months later, the airline announced that it was reducing the freighter services to Billund, with the final regular service on 2nd October.

Speaking to Air Cargo Week, Virgin Atlantic Cargo’s Managing Director Phil Wardlaw explained the airline’s actions: “There were market dynamics that actually meant it was profitable and it has been profitable for us – a significant profit. And it gave us the additional benefit of being able to protect our slot portfolio.” However, discussing the decision to swiftly cut back services, he accepted that the market was simply “not as strong as it was” when the airline initially decided to launch the regular services.

Despite the decision to reduce the freighter services, Wardlaw was clear that Virgin Atlantic Cargo will continue running cargo- only flights. “Right now, we are doing that on some of our own aircraft, where we have some availability, predominantly midweek but there is a little bit of weekend availability.”

With regards to the Airbus A321F operated by Titan Airways, Virgin Atlantic Cargo will continue to operate it as and when the airline sees demand in the market. “What we have done is extend that contract with Titan but not on a full-time basis, so it will be much more tactical in its nature,” Wardlaw added. “Where we see the market on certain days of the week and on certain routes, then we will utilise that aircraft to continue cargo-only flying – certainly to the end of this year.

However, as expected, despite the interest in cargo-only services and freighter operations, Virgin Atlantic’s focus will remain on being a passenger airline. “Our [cargo] network is largely determined by the passenger network. We obviously contribute to those businesses cases and we have a significant input on the businesses case on certain routes. But, I think, our core is a passenger network and will remain so for the foreseeable future,” Wardlaw said.

In October, after 30 years, Virgin Atlantic was forced to suspended services from Heathrow to Hong Kong, citing issues related to the closure of Russian airspace. “Significant operational complexities due to the ongoing Russian airspace closure have contributed to the commercial decision not to resume flights in March 2023 as planned, which have already been paused since December 2021,” the airline said at the time.

“It was a great route for us pre-pandemic,” Wardlaw said. “Hong Kong specifically was a very tough decision after 30 years but, with the operational complexities and the market dynamics, certainly in the short term, we didn’t see it being a good route for us.” Although operations have now ceased, Virgin Atlantic isn’t closing the door to Hong Kong completely, leaving the situation under review going forward.

“As we expand our fleet and our network across two to three years that route will remain under evaluation, as will other key Asian roots and hubs that we hopefully will move into in the coming years.”

Despite the setback in Hong Kong and the challenges around operating in Asia caused by the pandemic, Virgin Atlantic is intending to go back into Shanghai on the 1st May.” That’s our position and, as we see restrictions beginning to ease, we’re hopeful that will be the case despite the fact that we do expect Russian airspace still to be closed to us,” Wardlaw stated.

“There’s no other routes that are at risk at the moment. Actually, quite the opposite. We will be making some announcements shortly on new routes, which are kind of aligned to the new fleet acquisitions we’re making,” Wardlaw said.

Alongside the opportunities that exist in regions, such as Asia, Virgin Atlantic is looking at areas such as Turkey, where there is the potential for connectivity. “It is a very significant cargo market, so we’re looking and hopefully that will give us some additional feed,” Wardlaw explained.

“If we do see opportunities for direct flow in and out of the region, then we will keep that under evaluation. Having a GSA there ready and willing to supplement that for us is a good move,” he added, citing the recent appointment of Leisure Cargo as the airline’s new GSA in Turkey.